The Dinosaur and Social Media

Home » The Dinosaur and Social Media

As a digital media marketer, you will without a doubt meet that one potential client who is super suspicious of the digital media movement. You may recall someone saying oh, this is not going to last, its a fad. To them, SEO is a buzz word, graphics are only required for print really and Social Media is something we need to put locks and chains on.

I met one such person. Old man, very respectable with peery questioning eyes. He had his personal assistant running what we could call a broken online presence at best. When I viewed his website, his Facebook, his… good lord! He didn’t have any other presence on social, it was like looking at a train wreck. Muddy pictures, videos shot from cheap cameras, bad design, late responses to customers. Just a social media nightmare.

This was a man celebrated by his industry as a pioneer and experienced professional and had won numerous awards. His thought process? I don’t need Social Media! Every Tom, Dick and Harry is doing it! When you meet such a person you just naturally go into saviour mode… “how can I help this amazing but clueless person understand that he cannot exist in this world without existing in digital? That what’s on digital media counts for more than what happening with him in real life?”

So, I said to him, you see how you know that your offices must look like this? Would you tolerate a broken entrance door, a dusty reception area, a rude receptionist who kept dozing off? A dirty carpet? Would you be fine if your guests got confused about where to go as soon as they entered the premises? When you translate digital into physical for old school, something clicks. His answer was “Of course not!”.

No prizes for guessing where I’m going with this. So I explained to him, your digital presence is your online office. It’s going to be visited a thousand times more often than his brick and mortar one and before he spends on changing that wall paper, he needs to spend on his online presence. He needs to spend on digital design and translate his years of work for the internet to know about it. I explained that his website was his office, a chat bot his receptionist, linked in the wall where he could hang his awards but exponentially more interactive, facebook where he could reach out to customers and really engage with them and where he could get more customers. Instagram where he could show the world his amazing offices, team and facilities and reel them into that experience.

I told him, if you’re not going to do social media right, better to not do it all. Don’t give someone the impression you’re a train wreck when all you are is catching up. At least then when someone searches for you they will think, oh… they must be getting ready to go on social… because who the hell doesn’t have a decent social media presence in 2020! 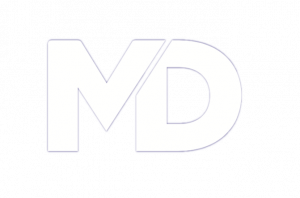